A Spanish watchtower, built in the late 1500’s was the predecessor of the present St. Augustine Lighthouse. St. Augustine is the site of the oldest, permanent aid to navigation in North America. A series of wooden watchtowers evolved into Florida’s first lighthouse. It is likely that some of these early towers held a flame, as is indicated on several archival maps and documents. However, officially the first light in St. Augustine was lit in an existing coquina structure in  May of 1824 by Florida’s American territorial government.

By 1870, this “Old Spanish Watchtower” as it was known, was threatened by shoreline erosion and the US Congress appropriated $100K for a new tower. Construction began in 1871, and it continued for the next three years. Alabama brick and Philadelphia iron work combined with a new hand-blown, nine-foot-tall, Fresnel lens, from Paris, France. This beacon was installed and lit in October of 1874 by head keeper William Russell and thus remains one of only a few such operating lenses in the United States at the present time.

The old tower suddenly succumbed to the sea during a storm in 1880. At this time, Brev. Major William A. Harn, United States Army (retired) was head keeper. Harn was additionally a veteran of most of the major battles of the Civil War including Fort Sumter and Gettysburg.

Restoration of the St. Augustine Lighthouse

The Lighthouse is St. Augustine’s oldest surviving brick structure, and today has been restored to colors and materials used the year 1888.   In 1910, 10,000 tourists consequently visited the property.  During World War II armed Coast guardsmen stood guard atop the tower, fixed jeeps in the 1836 garage and lived in a small barracks building.  Light keepers and their assistants likewise lived and worked at the Light Station until the tower was automated in 1955.  After that time Lamplighters lived off site, but also took over maintaining the buoys in the harbor.

The St. Augustine Lighthouse rises 165 feet above sea level and contains 219 steps that are climbed by visitors. At the top, the original, first order Fresnel lens still serves the beacon, but today is lit by a 1000 watt bulb, and maintained by the museum and volunteers. The St. Augustine lens consists of 370 hand-cut glass prisms arranged in a beehive shape towering twelve feet tall and six feet in diameter.

The St. Augustine Lighthouse is located at the north end of Anastasia Island. Comparatively, directly across from the Lighthouse park is Salt Run, a popular fishing and boating spot. Nearby attractions include the Alligator Farm, Anastasia State Park, and of course The St. Augustine Amphitheater. Popular dining spots in this location are Gypsy Cab, Mellow Mushroom, A1A Ale Works, and O’Steens. You can find beachwear at either Surf Station, or Blue Sky Surf Shop.

Included together with your General Admission Day Pass:

DARK OF THE MOON GHOST TOUR – $24.95
All ghosts no gimmicks! This is the ONLY ghost tour that uniquely gets you INSIDE the tower at night!

SUNSET/MOONRISE TOUR – $30.00
Enjoy breathtaking views of the sunset and full moon rise with champagne and hors d’oeuvres too, on top of the tower!

Sugar Sand Villas A⁠ ⁠ Located in the heart of

Cottage by the Sea⁠ ⁠ From the moment you driv

A Peace of Paradise⁠ ⁠ A private boardwalk tak 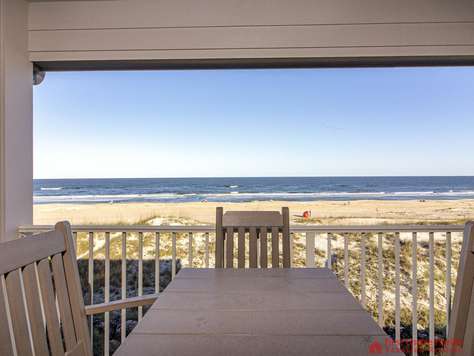 If you are getting ready to take your family on vacation, then you will probably need to rent a vehicle while you are there. However, since you are … END_OF_DOCUMENT_TOKEN_TO_BE_REPLACED

While you're enjoying your vacation in Florida, it’s important that you do everything you can to try to make sure that you are driving safe. Florida … END_OF_DOCUMENT_TOKEN_TO_BE_REPLACED

Budget Travel Florida is a great spot to visit when winter starts pressing down on the United States. In addition to theme parks for the kids and … END_OF_DOCUMENT_TOKEN_TO_BE_REPLACED

Although Daytona Beach is known to be a spring break party destination for college students looking to blow off some steam, the beach is actually a … END_OF_DOCUMENT_TOKEN_TO_BE_REPLACED